from cleveland.com: Student loan cancellation would be a win across the ideological spectrum: Joshua D. Rovenger 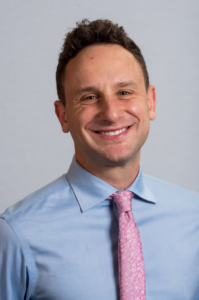 CLEVELAND -- During the 2020 presidential campaign, then-candidate Joe Biden promised to take action to alleviate the burden of student loan debt. Recent reports indicate he may fulfil that promise by cancelling some of the debt. The reaction has been mixed. Most progressives have applauded the news and urged extensive relief. Meanwhile, many conservatives have insisted that cancellation constitutes an unfair handout. Reasonable minds can disagree on whether the president should cancel the debt. But, if he does, both sides of the ideological spectrum can consider it a win.

Some progressives have emphasized the economic and equitable gains of cancellation. Over several decades, colleges have increased their costs, while states have slashed funding for higher education. That dynamic coincides with a job market that increasingly demands a college degree. For borrowers of color -- and particularly Black women – historical racism and ongoing discrimination require even more schooling to compete with white counterparts. The result: Students have long faced an illusory choice on student loan debt.

Given this, these progressives say that a universal cut would start to relieve the economic hardships that this $1.7 trillion debt imposes. Further, because Black families have been deprived the ability to build generational wealth, Black borrowers have higher debt loads that they hold for longer. So, a universal $50,000 cut could single-handedly reduce the racial wealth gap for student loan borrowers from 20:1 to 3:1, according to Louise Seamster, a University of Iowa sociologist, in a November 2021 New York Times podcast.

For some conservatives, student loan cancellation is more complicated. From a purely ideological standpoint, however, they should welcome cancellation because it reduces the role of the federal government and cuts a federal tax to attend college.

Conservatives should also welcome cancellation because it has the same effect as a tax cut. Congress created the student loan system to generate upward mobility. In practice, the government charges interest rates as high as 6% to 7%, then uses that profit to finance other programs, leaving students with ballooning balances far exceeding tuition. Cancellation recognizes this reality. It is effectively a tax cut for the 45 million Americans who are paying the government for the right to attend college.

To be sure, sound minds may argue that cancellation will help current borrowers but do nothing to stop this problem from reoccurring. Both sides can push back on this. Cancellation need not be a panacea given the concrete wins that both sides could highlight for over 45 million Americans. Said differently: A fire hose may not stop a fire in the future, but it can still prevent a house that is burning from completely falling apart.

Moreover, both sides could use cancellation to spark a debate on how to solve these underlying structural problems. On the left, this would present an opportunity to question the merits of debt-financed education and to argue for higher education as a public good. Conservatives, meanwhile, could capitalize on the moment to prioritize privatization and a reduced federal footprint.

President Biden should soon announce what he will do on student loan cancellation. Despite the disagreement, both sides of the ideological spectrum have something to gain if the president proceeds.

Joshua D. Rovenger is a senior attorney with The Legal Aid Society of Cleveland’s Economic Justice Practice Group. In September 2021, Rovenger was appointed as an alternate negotiator on the U.S. Department of Education’s Affordability and Student Loans Negotiated Rulemaking Committee.

Original story can be found at cleveland.com: Student loan cancellation would be a win across the ideological spectrum: Joshua D. Rovenger - cleveland.com